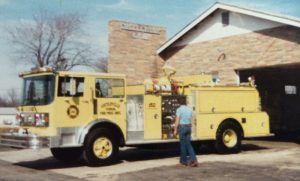 Today the Cottleville Community Fire Protection District encompasses 38 square miles of St. Charles County that includes five municipalities (Cottleville, Weldon Springs, O’Fallon, St. Peters, and Dardenne Prairie) and areas of unincorporated St. Charles County. The district responds to over 3000 calls a year, and protects a residential population of over 60,000. With the growth of business and industry in the district, our daytime population is well above 100,000. In addition, we are responsible for the coverage of large sections of Highway 94/364, and Interstate 64.

If you would like any further information about what services the Cottleville Fire District offers or general information, please contact us a 636-441-8799.

How Did We Do?

If you have had a recent experience with the Cottleville Fire Protection District please take a few minutes to let us know how we did. We appreciate your feedback!