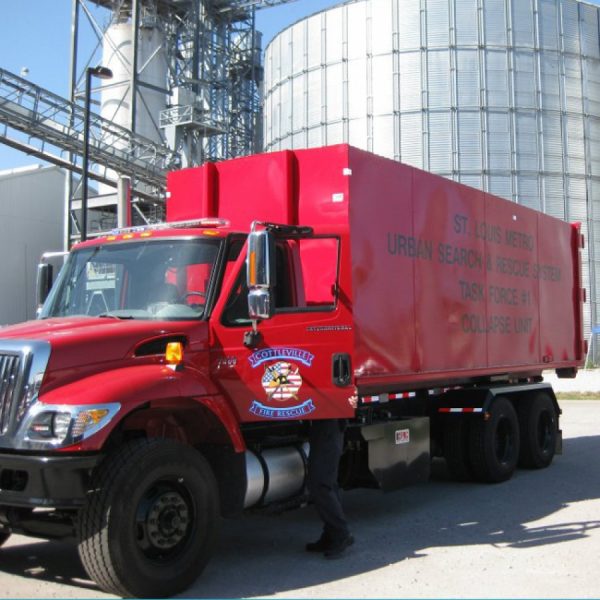 The team is designed for technical responses to rope and confined space rescue, as well as trench and structural collapse incidents. Trench Recovery Urban Search and Rescue (US&R) involves the location, rescue (extrication), and initial medical stabilization of victims trapped in confined spaces. Structural collapse is one of the leading causes of persons becoming trapped, however victims may also become trapped in transportation accidents, mines and collapsed trenches. Urban search-and-rescue is considered a "multi-hazard" discipline, as it may be needed for a variety of emergencies or disasters i.e. earthquakes, storms and tornadoes, floods, dam failures, technological accidents, terrorist activities, and hazardous materials releases.

Our team is primarily funded by the Federal Government through the Urban Area Security Initiative (UASI) which was put in place after the events of 09/11/2001. The team is equipped with state of the art USAR Equipment and has attended hundreds of hours of training to provide rescue services at large scale and complicated rescue scenes. The team can self support an around the clock rescue mission for up to 72 hours.

Additionally, team members are trained and equipped to be self sufficient for up to 72 hours. Strike Team #1 is available to respond to anywhere in the State of Missouri at a moments notice. As an example, the team responded to an April 2006 tornado that struck Caruthersville, Missouri; located 200 miles south of St. Louis, the Good Friday Tornado of 2011 that struck St. Louis County, and the 2011 tornado in Joplin, MO.

POD Truck – This unit was purchased with funds from the 2005 Haunted Hotel. This local resource is designed to haul the trench rescue equipment to the scene of the incident. The POD can be place directly on the ground allowing the members to unload its assets at ground level. The POD Truck is housed a Cottleville Fire Station 2.